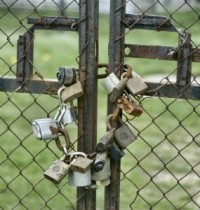 This post is borne of frustration. Once again I have encountered a barrier that made it very difficult for me to use a web site for its intended purpose.  I wanted to post a comment on a site, but was stymied by an indecipherable CAPTCHA image.

CAPTCHA is an acronym for “Completely Automated Public Turing test to tell Computers and Humans Apart.”

But these ubiquitous internet puzzles might be more appropriately labeled, CRADDUP — Completely Ridiculous Application to Deter Dyslexic Users from Participating. Because dyslexics are definitely “human”, but I doubt that it is possible to invent a more effective and insulting barrier to the dyslexic web user than the so-called “tell Humans Apart” CAPTCHA tests used on so many sites.

The CRADDUP that caused me grief looked kind of like this:

I probably should note at this point that even though I run a bunch of dyslexia web sites and have written a couple of books on dyslexia, and am the parent of a dyslexic son, I do not consider myself to be dyslexic.  I am, however, well past the age of 55, and I cannot for the life of me decipher the third image in the graphic, or figure out whether the fourth image is an O or a Q or an oversized lower case a, nor whether the last distorted letter in the series is meant to be an O or a D.

Of course when I failed the first time around I was offered a second chance, something like this. I don’t even want to venture a guess on the mysterious letter following the second lower-case e in this series. Of course the web site provides the user with the opportunity to refresh the image, for something similarly obtuse.

This was on a web site maintained by the American Psychiatric Association. Perhaps they think they can generate more business for their members by driving web site users crazy.

Since I do run web sites geared to dyslexia, I supposed I could embrace an alternative more geared to dyslexic talents. For example, I have the option of installing a plug-in for this blog called Captcha Garb.  This is a little interactive jigsaw puzzle – you just drag the pieces around to make a picture: 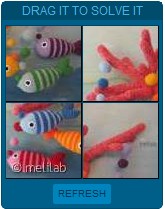 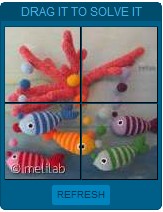 This seemed pretty easy. The vision-impaired users wouldn’t get it, but probably quite a few non-dyslexic readers would make it past the test, so it wouldn’t make a very good CATFOR (Completely Absurd Test to Frustrate Ordinary Readers).

Perhaps a test like this would be a more efficient way of making sure that only dyslexic users with strong visual-spatial skills could gain entry:

The problem, of course, is that these barriers are simply unnecessary.  They are created to deter internet spammers, who use automated software bots to post advertisements, links to malicious software, or to attempt to launch denial of service attacks on web sites.

But other, better alternatives are readily available.

This blog, like other blogs that I maintain, uses Akismet, a subscription service to identify and block spam posts.  I also have set the system to moderate comments posted by first-time users. There are other tools that web designers can use to trap or trick the spam-bots, without creating barriers for their human users.

In my world the difference between a human and a computer is simple:  The computer is a machine.  The human deserves to be treated with respect.