Past research shows that dyslexic individuals have greater right-hemispheric brain activity when performing reading tasks than non-dyslexic readers. Scientists aren’t certain as to what that means, as right brain pathways can be involved in a number of different functions.

One realm where the right hemisphere is dominant is in the representation and processing of emotions. Brain researchers at the University of California San Francisco devised an experiment to determine whether dyslexic children had stronger emotional reactions than non-dyslexic children.1 (Sturm, 2021) They observed the facial expressions of children watching short film clips designed to evoke various emotions (such as sadness, amusement, or love), and later interviewed each child about their feelings from watching the videos. As they had anticipated, the dyslexic children’s facial expressions suggested a stronger emotional response, and these were correlated with other measures also used in the study.

The researchers also took resting-state, task-free fMRI brain scans of the children in the study. This gave a picture of the internal wiring of the brain, not tied to a specific activity or experience. The scans showed that the dyslexic children who showed greater emotional facial behavior also had stronger connections between the parts of the right brain tied to processing emotions within the “salience network”. Thus, the research showed a brain-based reason for the children’s emotional sensitivity.

This research has important implications for the theories underlying Davis methods. Davis Facilitators understand that disorientation is closely tied to an emotional response; this is why it is so important to “de-trigger” the alphabet and other symbols. Ron Davis explains that a lower threshold for confusion is a predisposing factor for dyslexia.

Dyslexic children (and adults) respond to confusion by becoming disoriented. The feelings of uncertainty and the mistakes they make while disoriented cause emotional reactions such as anxiety, embarrassment, or frustration. These emotions in turn provoke continued or increasing levels of disorientation. Thus, the intensity of emotional response is a key factor in the development of dyslexia. Without the added fuel of an emotional response, a person might find it easier to reorient and to gradually work through the basic steps needed to acquire reading proficiency. Their initial learning process might take longer, but they wouldn’t accumulate the residual, conditioned emotional response that can make reading and writing a constant struggle.

Parents and educators tend to view emotional symptoms as being a response to the day-to-day negative experiences that dyslexic children encounter, rather than a cause of their problems. When a child struggles to read and learns to anticipate failure and humiliation in a school environment, it is no surprise that the child may seem anxious and emotionally fragile.

But if the emotions are tied to basic differences in brain wiring that also contribute to the underlying difficulty in learning to read, then the child is faced with a double whammy. The heightened emotions are part of the overall package of how the child thinks and learns. They are not simply a response to the challenges the child faces in school, but an independent factor that stands in the way of progress.

Emotional sensitivity is not in itself a bad thing. As the researchers observed, “Being highly attuned and sensitive to the world around us can be an asset as well as a liability, making people with dyslexia keen observers of salient cues in the environment.” Many of the children in the study who showed the highest levels of anxiety also had the strongest social skills. Dyslexic strengths can include high levels of empathy and a strong sense of justice. Many dyslexic entrepreneurs attribute a good deal of their success to strong interpersonal skills.

But when intense emotions get in the way of learning, it magnifies the difficulties inherent in dyslexia. The University of California researchers suggested that emotionally reactive children might benefit from early interventions “that teach strategies for handling strong emotions.”

That is exactly what is done in primary classrooms implementing the Davis Learning Strategies, which give children from age 5 the specific self-regulation tools of release, focus, and dial-setting. These tools are valuable because of their calming and self-regulatory effects. Although the authors of this study did not specifically consider or explore Davis theory or methods, their work provides insights that are essential to understanding the complexity of dyslexia. 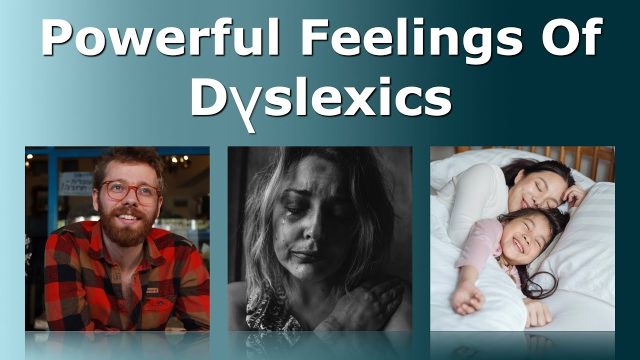 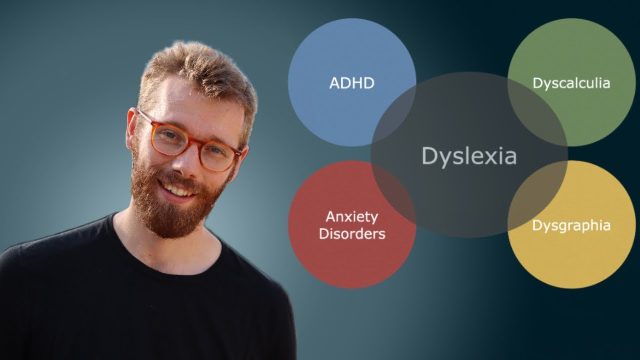 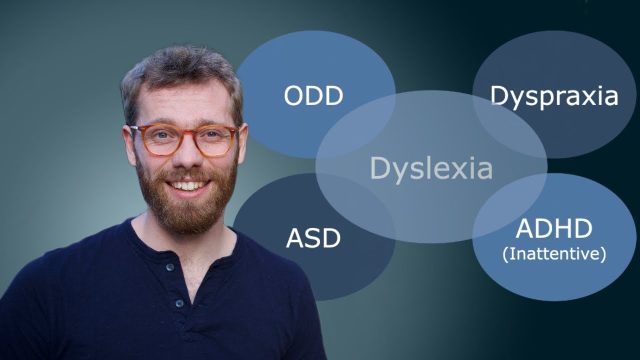