By Misty Adoniou, University of Canberra 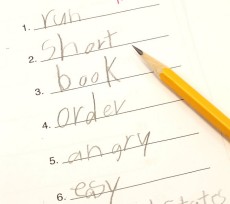 A couple of years ago, early one morning, I received an SMS advising “resadents to stay indoors because of a nearby insadent”. I was shocked by the spelling, as much as the message. Surely, I thought, if it was a real message then the spelling would be correct.

Spelling matters. In a text message from a friend teeing up a night out “c u at 8” is fine – but in an emergency warning text from a government agency, I expect the spelling to be standard. But why is it that some people struggle with standard spelling?

Spelling remains the most relentlessly tested of all the literacy skills, but it is the least taught.

Sending a list of words home on Monday to be tested on Friday is not teaching. Nor is getting children to write their spelling words out 10 times, even if they have to do it in rainbow colours.

Looking, covering, writing and checking does not teach spelling. Looking for little words inside other words, and doing word searches are just time fillers. And writing your “spelling” words in spirals or backwards is just plain stupid.

And yet, this is a good summary of most of the current spelling programs in schools today.

Children should know the meanings of the words they spell, and as logical as that sounds – ask a child in your life what this week’s spelling words mean, and you might be surprised by their answers.

If spelling words are simply strings of letters to be learnt by heart with no meaning attached and no investigation of how those words are constructed, then we are simply assigning our children a task equivalent to learning ten random seven-digit PINs each week.

That is not only very very hard, it’s pointless.

English is an alphabetic language; we use letters to write words. But it is not a phonetic language: there is no simple match between sounds and letters.

We have 26 letters, but we have around 44 sounds (it’s not easy to be precise as different accents produce different sounds) and several hundred ways to write those sounds.

So, while sounds – or phonics – are important in learning to spell, they are insufficient. When the only tool we give young children for spelling is to “sound it out”, we are making a phonological promise to them that English simply cannot keep.

How words make their meanings

Sounds are important in learning to spell, but just as important are the morphemes in words. Morphemes are the meaningful parts of words. For example, “jumped” has two morphemes – “jump” and “ed”. “Jump” is easily recognised as meaningful, but “ed” is also meaningful because it tells us that the jump happened in the past.

Young spellers who are relying on the phonological promise given to them in their early years of schooling typically spell “jumped” as “jumt”.

When attempting to spell a word, the first question we should teach children to ask is not “what sounds can I hear?” but “what does this word mean?”. This gives important information, which helps enormously with the spelling of the word.

In the example of “jumt” it brings us back to the base word “jump”; where the sound of “p” can now be heard, and the past marker “ed” , rather than the sound “t” which we hear when we say the word.

Consider the author of the emergency text message at the beginning of this article as they pondered which of the many plausible letters they could use for the sound they could hear in “res – uh – dent”.

If they had asked themselves first, “What does this word mean?” the answer would have been people who “reside”, and then they would have heard the answer to their phonological dilemma.

Where words come from

English has a fascinating and constantly evolving history. Our words, and their spellings, come from many languages. Often we have kept the spellings from the original languages, while applying our own pronunciation.

As a result, only about 12% of words in English are spelt the way they sound. But that doesn’t mean that spelling is inexplicable, and therefore only learned by rote – it means that teaching spelling becomes a fascinating exploration of the remarkable history of the language – etymology.

Some may think that etymology is the sole province of older and experienced learners, but it’s not.

The only people who benefit from spelling tests are those who do well on them – and the benefit is to their self-esteem rather than their spelling ability. They were already good spellers.

The people who don’t benefit from spelling tests are those who are poor at spelling. They struggled with spelling before the test, and they still struggle after the test. Testing is not teaching.

Parents and teachers should consider these questions as they reflect on the ways in which spelling is approached in their school.

Are all children learning to love words from their very first years at school? Are they being fascinated by stories about where words come from and what those stories tell us about the spelling of those words?

Are they being excited by breaking the code, figuring how words are making their meanings and thrilled to find that what they’ve learned about one word helps them solve another word?

If the answer is no, then something needs to be done about the teaching.

Misty Adoniou is a Senior Lecturer in Language, Literacy and Teaching English as a Second Language at the University of Canberra. She occasionally presents workshops in schools on the teaching of spelling.

This article was originally published on The Conversation.
Read the original article.

About The Conversation (Education) 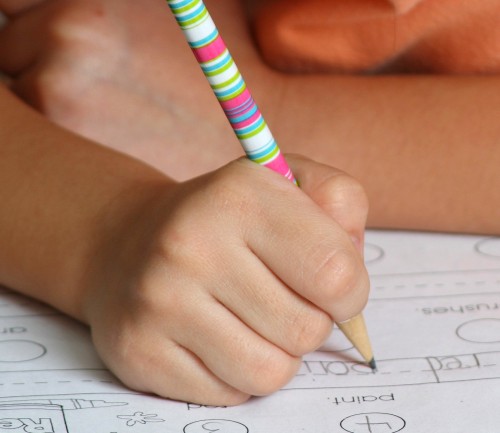 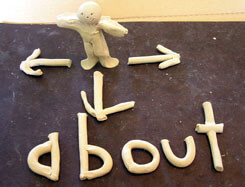